Applegate Bogdanski returns from Vietnam with a missing leg, a Bronze Star and a Purple Heart. A fair trade, he thinks, for a coward. He stumbles through each drug-besotted day working at an obscure Newark, New Jersey bookstore. Enter Angela, who claims to be his guardian angel. Neither one is an angel, but together, they uncover a conspiracy which threatens to undo humankind itself. 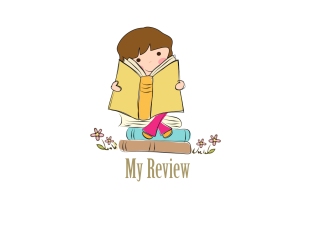 It is blatantly obvious that the author of As Wings Unfurl knows his stuff. This story captured me straight away. The book is set in the past, but in a futuristic past. It might sound confusing but the author just-gets-it. The words are beautifully descriptive and you are carried into the world, the drama, and the action and suspense without a fault.

Apple is thrust into a secretive underworld of otherworldly creatures. He also may just hold the key to saving humanity and the world, with a little help from … his guardian angel??? There’s a lot at stake, and there’s some interesting ‘creatures’ in play.  I don’t want to give too much away, but the book is a great sci-fi read. For any fan of the genre I do urge you to pick up this book.  Also – how good is the cover?? I’ve definitely got cover love and story love for this book! I’m so glad I was able to grab this book as my dive back into the world of science fiction. Apart from watching it, I haven’t had many opportunities to read it. It takes a really special author to be able to pull of a believable world and characters like Doweyko has.

His debut novel, Algorithm, which is a story about DNA and the purpose of humanity, garnered a 2

010 Royal Palm Literary Award (RPLA) and was published by E-Lit Books in October, 2014. His second novel, As Wings Unfurl, a story of guardian angels that are not angels, forbidden love, and the secret fate of humankind, took 1st place as best pre-published science fiction novel of the year at the 2014 RPLA competition. As Wings Unfurl was published in 2016 by Red Adept Publishing. Many of his short stories have been honored as finalists in RPLA competitions, as well as achieving Honorable Mentions in the L. Ron Hubbard Writers of the Future Contests. His current project is Henry The Last, a story about the last creature with a human brain, and what it means to be human in a post-apocalyptic world where nothing is what it seems to be. Henry The Last was recently honored with a 2nd place 2016 RPLA.

He lives in Florida with his wife Lidia, teaches college chemistry and happily wanders the beaches when not jousting with aliens.
Website/blog: http://www.arthurmdoweyko.com/

Do you have any writing “rituals” like: first draft is handwritten with a purple pen or a certain stuffed (or real) animal rides shotgun next to them as they write.

No rituals. When the spirit moves me, I move.

I enjoy playing the piano and creating new music … so listening to music is a huge distraction.

Do you have a favorite type of character to write?

Do you use a muse when creating a character looks or personality?
If you get “stuck”, what do you do to get “unstuck”.

Generally, the “stuck” situation is when I’ve painted (or written) myself into a corner. I’m a pantser, which means I follow the evolution of the story as would a reader. This technique carries with it the risk of running into apparent dead ends and conflicts too large to resolve. When that happens, I grit my teeth and force myself to write a short outline with the hope that a way out percolates up through the miasma.
Deadlines-are you a race to meet them, are you usually ahead of schedule, or is it different with each book?

Deadlines are dates that mark the end of a 24-hr period of intense writing.

Where do you come up with your ideas?

Oddest place you got the urge to write a scene?

Everywhere except in my Man Cave where a neat, clean desk and computer keyboard await.

Science Fiction is my love. From a teenager reading comics under the bed covers to paging through the latest Greg Bear quantum fantasies, from Rod Serling’s Twilight Zone to the mischief in Star Wars, this genre presents the reader with a platform to explore new worlds, new people, and new ways of thinking otherwise impossible to achieve in any other genre.

What’s next for you?

I am currently editing Henry The Last. This unpublished manuscript has already been recognized by the Royal Palm Literary Competition (2nd place, best sci-fi in 2016). It is a story of the last human, a Lakota Sioux. With only his robot companion and a ghost of his wife to guide him, he sets forth on a quest to discover what really happened to the Earth. Nothing is what it seems, not even the apocalypse which as apparently killed off all humans.

Do you genre jump?

Science fiction tends to be very friendly with fantasy elements, and this does happen from time to time in my writing. I also enjoy the challenge of writing hard sci-fi, as this tends to bring the reader along for the ride with plausible logic.