Sophie is afraid that loving someone will only bring pain. After dating a guy she couldn’t care less about, she decides that a safe, boring date for her parents’ social events isn’t enough for her. She longs to live life out loud. When she lays eyes on Logan, she knows she has to risk her heart by getting to know the sexy drummer better.

Logan’s new band, Feral, is a perfect fit, but it brings up nightmares from his past Since he’s the new guy, he isn’t in a position to make demands.

Sophie and Logan struggle to mesh their different worlds. Can Sophie commit to Logan or is his life TOO LOUD?

I’m usually all for hot guys in rock bands and hooking up with them..waitwhat.. I mean, I’m all for READING about them *grin*. Unfortunately I couldn’t get into this book. I’m wondering if it’s because I didn’t read the first one in the series, called Too Fast.  I think I wanted more from it. I can’t quite tell you why I didn’t like it, but it didn’t grab me. Have you read it? Did you like it? I’d love to know! It’s got a great cover going for it..all mystery man with the tattoos. I can imagine him playing the drums in a band. 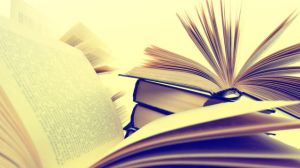 Congratulations to Fiona W who won the prize pack!
Thank you to everyone who stopped by and supported the giveaway!

Don’t forget to check out the Stage Dive Series!

Today on the blog I have something super fun to share with you! It’s a GIVEAWAY!

I have a love of boys with guitars. It’s true. I even have a tattoo to prove it..but… Boys with guitars WITH tattoos…well that’s just the frosting on the cupcake! With that in order, let me introduce you a bunch of books that have everything above, and more….Welcome to the Stage Dive Series! One day I was walking through Dymocks (a bookshop here in Sydney) and I wasn’t looking for anything in particular. I love to browse and see what’s available, and I am a sucker for a cool cover. The first book of the series, “Lick” completely stood out to me. I think I walked past it at least four times constantly starting at the cover, before I finally picked it up and read the back. I read the first page and knew I had to have it!
The world of Stage Dive is fun, crazy, silly, emotional, and a really great read. I’ve enjoyed them so much that I’ve insisted my friends borrow my paperbacks! With each book, the characters gets better and the story line comes together to resolve itself from previous books. There are little clues for next books sprinkled throughout, and I love how the author has stitched them all together. I am eagerly awaiting the arrival of the final book in the series, due out next year!

In the meantime, you all need to get onto the first three books! In honour of an amazing series (and author!) Kylie Scott has provided an awesome book of Lick & Stage Dive swag back giveaway to one of my lucky readers! She will send it internationally!!

Click on the PHOTO below to go to the Rafflecopter giveaway page!

Waking up in Vegas was never meant to be like this.

Evelyn Thomas’s plans for celebrating her twenty-first birthday in Las Vegas were big. Huge. But she sure as hell never meant to wake up on the bathroom floor with a hangover to rival the black plague, a very attractive half-naked tattooed man, and a diamond on her finger large enough to scare King Kong. Now if she could just remember how it all happened.

One thing is for certain, being married to rock and roll’s favourite son is sure to be a wild ride. 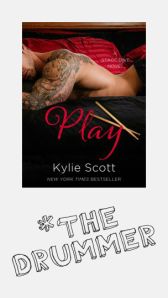 Mal Ericson, drummer for the world famous rock band Stage Dive, needs to clean up his image fast – at least for a little while. Having a good girl on his arm should do the job just fine. But he didn’t count on exactly how much fun he could have being with the one right girl.

Anne Rollins has money problems. Big ones. But being paid to play the pretend girlfriend to a demented drummer was never going to be a good idea. No matter how hot he is. She’s had her sights set on her male bestie, Reece, for years. And now that she’s supposedly taken, he’s finally paying attention. If only the chemistry between her and her rock star would stop hitting new heights.

Stay up all night with the sexy rockers in Stage Dive, the epic rock star romance series from New York Times bestselling author Kylie Scott, author of Lick and Play.

Lena is the only thing holding Jimmy back from total annihilation. But who will save her from him?
Lena Morrissey has had some lousy jobs in her time, but none of them compare to being the personal assistant to one of the rock world’s biggest – and most egotistical – stars. As the lead singer of Stage Dive, Jimmy is used to having whatever he wants, whenever he wants it. But after a PR disaster landed him in rehab, it’s Lena’s job to keep him on the straight and narrow.
Lena’s not willing to take any crap from the sexy rocker and is determined to keep their relationship completely professional, despite their sizzling chemistry.

But in the end, Jimmy always gets his way…

Don’t miss a beat with the fourth and final novel in the New York Times and USA Today bestselling Stage Dive series from Kylie Scott.

One by one, the members of Stage Dive are falling in love. David, Mal, and Jimmy have all taken the plunge, and now it’s Ben’s turn—only he refuses to fall into that trap. The sexy bassist enjoys his no-strings-attached lifestyle. But when Ben is forced to keep the one girl he’s always had a weakness for out of trouble in Sin City, he quickly learns that what happens in Vegas, doesn’t always stay there.

I can HIGHLY recommend the STAGE DIVE PINTEREST BOARD.  Click the image to go to it! Be warned – SPOILERS SWEETIE! It’s full of amazing images and visuals that go along with the books.

ociation and her books have so far been translated into five different languages. She is a long time fan of romance, rock music, and B-grade horror films. Based in Queensland, Australia with her two children and one delightful husband, she reads, writes and never dithers around on the internet.