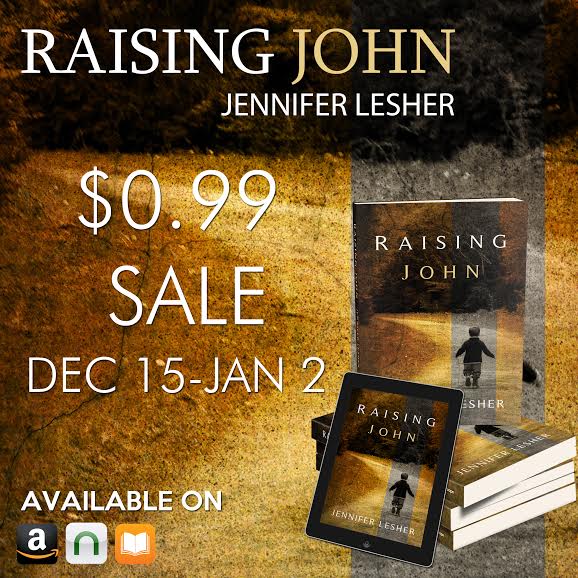 How do you go on living when you have done the unforgivable? Robert Lewis isn’t surprised towake up in the drunk tank. He assumes that, as usual, he’ll sleep it off, then return to the routine of golfgames, broker meetings, symphony dates and nightcaps that make up his life.

Then his lawyer delivers the news: Robert is responsible for an accident that has killed a young mother and orphaned her young son, John.

Robert is quickly yanked from his life of privilege and sent to prison to atone for his crimes. Defiant at first, Robert believes he’s better than his fellow inmates and that unlike them, he has no room for improvement.

But, as the months wear on, Robert’s fellow inmates push him to confront his actions and the choices that brought him to prison.

Meanwhile, as John grows up under the care of his maternal grandmother, he must come to terms with losing his mother and decide whether he can forgive the man who destroyed his childhood.

Spanning three generations, Raising John tells the story of John’s bittersweet childhood, the history of the mother he never knew, and of Robert’s collapse and redemption.

Jennifer Lesher is an author, blogger, mountain biker, travel junkie, non-sufferer of fools, and graduate of the School of Hard Knocks.

She is the author of the “Modern Love?” series of Kindle short stories and the novel Raising John.

Recently Jennifer effected a career change, leaving her job in the high-tech industry to pursue certification as an airplane mechanic. She will complete her schooling in the spring of 2015 and, FAA willing, will be certified shortly thereafter.

She lives in Seattle, Washington.